Egress-only Internet Gateway (EIGW) is a highly available AWS resource that allows IPv6 traffic from the VPC to reach the internet. It also prevents any traffic initiated from the internet reaching the IPv6 instances. 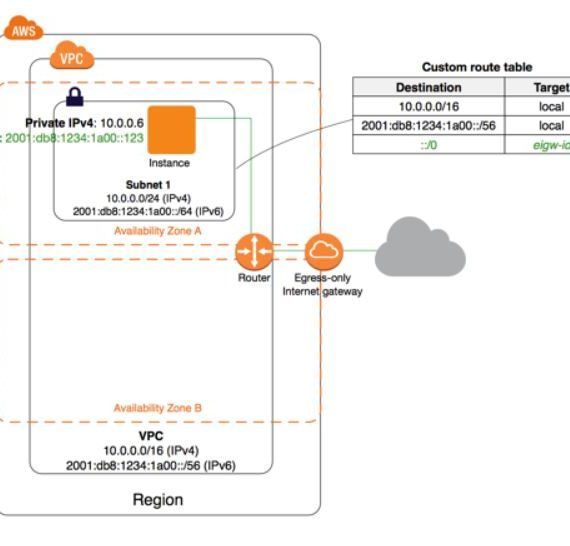